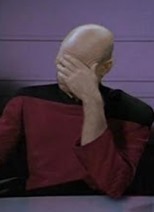 In fact, although paranormal claims are extraordinary claims because they contradict what science knows about the universe, they are also objective claims, and as such should be open to objective testing.

My commenter’s complaint could have been stated like this:

(2) What counts as extraordinary is subjective.

That would be OK if the premises were true, but where (2) is false, the subjectivist fallacy is committed.

It might be clearer if I give this as an example:

(1) You say that the Great Pyramid of Cheops is a sphere.

(2) What counts as a sphere is subjective.

This is an example of the subjectivist fallacy, because the Great Pyramid cannot be different shapes for different people. The claimed shape of the pyramid is an objective claim, and subjective evidence just won’t do. If I really did claim, in all seriousness, that the Great Pyramid of Cheops is a sphere, then I would, of course, be wrong, but if my opponent claimed that my claim is subjective rather than objective, then he would be even more wrong: I can make an objective claim that is wrong, but to claim that the resolution of an objective claim depends on a subjective interpretation of the claim or the evidence is irrational (and remember that the mission statement of the Bad Thinking Blog is to poke a pointy stick in the eye of irrationality).

Does the US government have extraterrestrial vehicles in a hangar at Area 51? If you make that claim, then it is an objective claim that must be either true or false. It can’t be true for some people and false for others (which is not the same as saying that some people believe it and others don’t).

It is also an extraordinary claim because the known laws of nature prohibit faster than light travel, for a start off – which would be necessary for interstellar travel in anything like a realistic time frame. And it’s no use if the UFO proponents start claiming things like inter-dimensional travel, wormholes, space warps or anything of the kind without any evidence to support those claims, either. They are also objective claims and they are either true or false.

If I were to quibble about the famous saying that extraordinary claims require extraordinary evidence, it would be on the basis that although it feels instinctively right – common sense, even – it doesn’t specifically quantify its own meaning. It is a general guideline, not itself a definition of what makes a claim extraordinary.

However, the claim that what counts as extraordinary is subjective is a red herring, and very beguiling for some people. The subjectivist fallacy can sometimes be hard to pin down, and it’s not always clear; rather, it’s hidden in the detail, as it were. Beliefs themselves are subjective, and may seem mundane to fellow believers, but it is the belief that is commonplace, mundane and ordinary, not the truth value of a claim itself.

As a matter of fact, Carl Sagan’s famous quote isn’t very new; it’s been around in various forms since the time of the early Greek philosophers and modified by later thinkers, but the essence of it is the same.

There might be a way to clarify the whole thing in a way that will remove any misunderstanding (and have the added benefit of forcing the believers into a position where they have to provide objective evidence, or concede that they can’t). As I said at the beginning of this post, there are two types of claim: objective claims and subjective claims. When someone makes a paranormal claim, they must be claiming that the claim is true; if so, then they are making an objective claim. I therefore propose that the saying, “Extraordinary claims require extraordinary evidence” should be replaced with, “Objective claims require objective evidence.”

In response to, say, a claim that aliens are holed up in a secret military facility, one only needs to inform the claimant that his claim is an objective claim: it is either true or false. If he says his claims are subjective, then he can be dismissed without further ado. If he says his claims are objective, then he can be asked to supply objective evidence without having to argue over what would count as extraordinary evidence. The evidence just has to be commensurate with the claims made.

Given that an objective claim must be true or false, only a dedicated believer could claim that there is anything subjective about it.